You Are Here: Home » News » Cracking Deal For Chippindale Foods 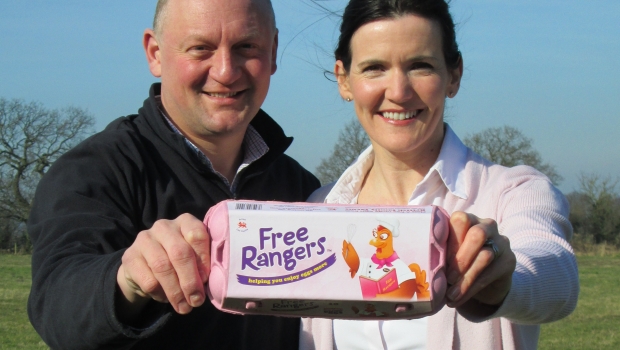 Chippindale Foods are to be distributed across the North of England after it cracked a deal to supply the family-firm Booths Supermarkets.

Free range eggs from the Flaxby-based egg experts Chippindale Foods are to be distributed across the North of England after it cracked a deal to supply the family-firm Booths Supermarkets.

On a mission to engage with consumers to help the nation “enjoy eggs more” Chippindale Foods launched Free Rangers in 2013. Fronted by three ‘plucky birds’, Stef the Chef, Busy Lizzie and Jess the spring chicken, the brand shares recipes as well as hints and tips covering the value, convenience, versatility and health of eggs.

Following the listing with Booths Supermarkets, Chippindale Foods’ Free Rangers eggs will be available in packs of 10 in stores across Cumbria, Lancashire, Cheshire, Yorkshire and Greater Manchester.

The Free Rangers brand, which is also on sale nationwide in 480 Morrisons stores follows Chippindale Foods’ recent £4.2million investment in its state-of-the-art 55,000 sq ft purpose-built production facility and specialist egg grading machine – the most advanced of its kind in the country.

Nick Chippindale, managing director of Chippindale Foods, said: “Our Free Rangers brand has received a great deal of interest from customers and retailers since its launch at Easter 2013 and we are delighted to announce its listing with Booths Supermarkets, a renowned family run company.”

“Over the next three years we plan to increase turnover by 50 percent and further expand our workforce. The success of Free Rangers and the listing with Booths will play a critical role within our growth strategy.”

“Our Free Rangers eggs are sourced from specially selected family farms, they are produced and packed to the Lion Code of practice, the highest food safety standards, both of which we feel sit perfectly within Booths. Customers can look forward to in box recipe cards, online hints, tips and fun as well as freebie campaigns offering all kinds of useful egg-themed gifts.”

Established in 1930 Chippindale Foods has evolved from a working farm in Harrogate to a state-of-the-art hub in Flaxby employing 40 people, with the capacity to handle over one million eggs per day.

The third generation family company specialises in egg grading, packing and distribution to both the food retail and food service sectors, including many of the UK’s leading supermarkets.