You Are Here: Home » News » Burgers go blue in America 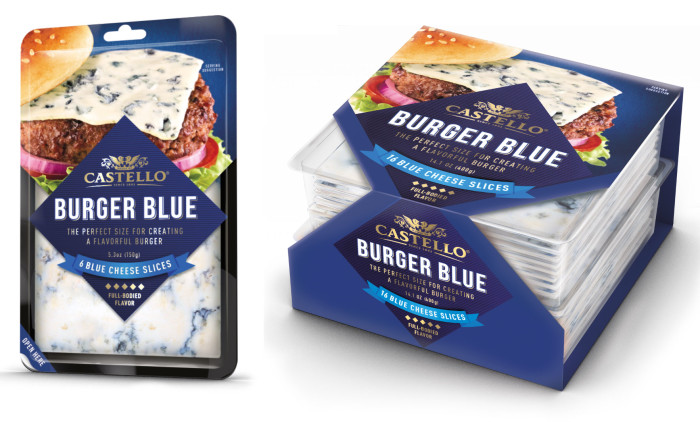 Red meat, white buns and blue cheese. Burgers will be in all American colours now that Arla is making a concerted effort to take a bite out of the enormous burger market in the United States.

The initiative involves the new Castello® Burger Blue – a blue mold cheese in slices that are cut to be the perfect match for a standard burger. Extremely positive feedback from consumer tests and strong pre-sales to shops have created high expectations for the new burger cheese, which is scheduled for launch in May.

“Premium cheese is on the rise, and premium burgers are on the rise. Arla is the first dairy company to combine those two trends, and we are confident that American consumers will find the new Castello® Burger Blue to be a tasty piece of innovation. For the past 12 months, the Castello® brand has been growing more than twice as fast as the overall speciality cheese market in the United States, and we believe the Burger Blue launch will add to the growth of Castello® in America,” says Managing Director of Arla Foods USA, Asger Drewes Jorgensen.

In the United States, premium quality burgers have become a rising trend in recent years. On this basis, the idea arose of making a sliced version of the Castello® blue mould cheese, which is already very popular among American cheese connoisseurs.

The product is already on the shelves at major selected retailers nationwide, placed near the minced meat section in supermarkets.